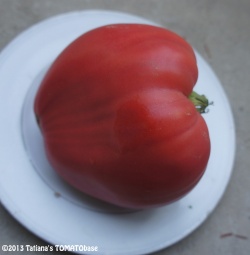 Larisa is a female first name, quite common in Russia.