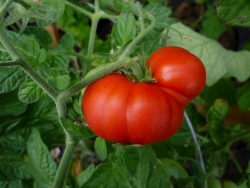 The name means 'Early from Urals' in Russian.